This post was most recently updated on August 26th, 2020

There seems to be something nostalgic about a cross country train trip. And riding the rails on the California Zephyr is no exception.

I remember in grade 5 listening to my teacher tell stories about his cross country train trip and riding for free. Plus all the fascinating places he described that he’d visited. As a 10 year old, that seemed like the perfect life. Just wandering from place to place like a hobo with your knapsack.

Gone are the days when that is even legal. But surprisingly you can still find some very economical deals. And seeing American by rail is a more relaxing, stress free way to travel than driving yourself.

A few months back, I came across an article about the Amtrak trains in the United States. I found if you travel coach and not in the high season, you can find some really decent prices. 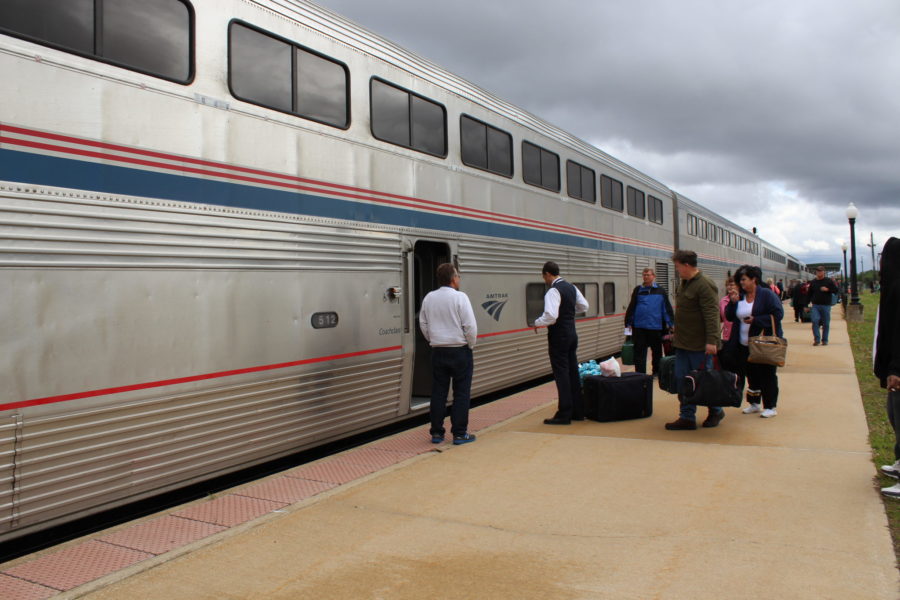 So after checking out our options, we decided to do a cross country train trip on the California Zephyr. This trip is considered to be one of the most scenic rides in the U.S. There’s even a California Zephyr song about this iconic train.

In 51 hours you’ll ride from Chicago, Illinois to Emeryville, California. You’ll go from Illinois through Iowa, Nebraska, Colorado, Utah, Nevada, and on to California. After arriving in Emeryville,  Amtrak will shuttle you by bus to downtown San Francisco in about 40 minutes if that’s your final destination.

The best thing about a cross country train vacation is that you can get off at as many of the stops as you want and for as long as you want. Make it a 2 day trip, or a two week trip. The choice is yours!

Our Zephyr train didn’t leave Chicago until 2 pm, so we had plenty of time to see some of the sights.

Another option while you’re waiting on the train at Union Station, is to check out the Metropolitan Lounge. Then when it’s time to board the train, they’ll walk you right to your car.

When To Ride The California Zephyr

We went in early May which is still considered the off season. So the cost per person came to $136 U.S. for coach seats. Unless you choose to hop off at different stops for the night. Then the cost increases slightly. Or if you decided to splurge on a Roomette, the cost would jump to $706. But the Roomette’s also include all meals and a private bathroom complete with a shower.

Getting Off For The Night

We chose to go coach and get off in Glenwood Springs, Colorado for the night just to break up the trip. It was a nice switch up after trying to sleep on the train. And after 24 hours we appreciated the shower at the hotel.

Glenwood Springs is a beautiful town to get off at. There’s plenty to do there whether it’s winter or summer. We could have stayed longer. But we had a ticket booked to get back on the train the next day. 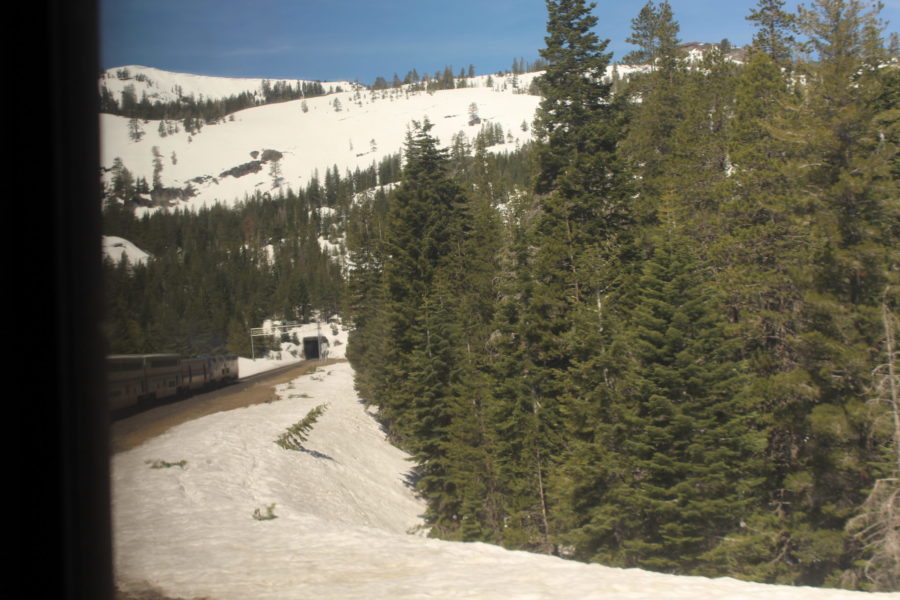 Onboard The California Zephyr For Your Cross Country Train Trip 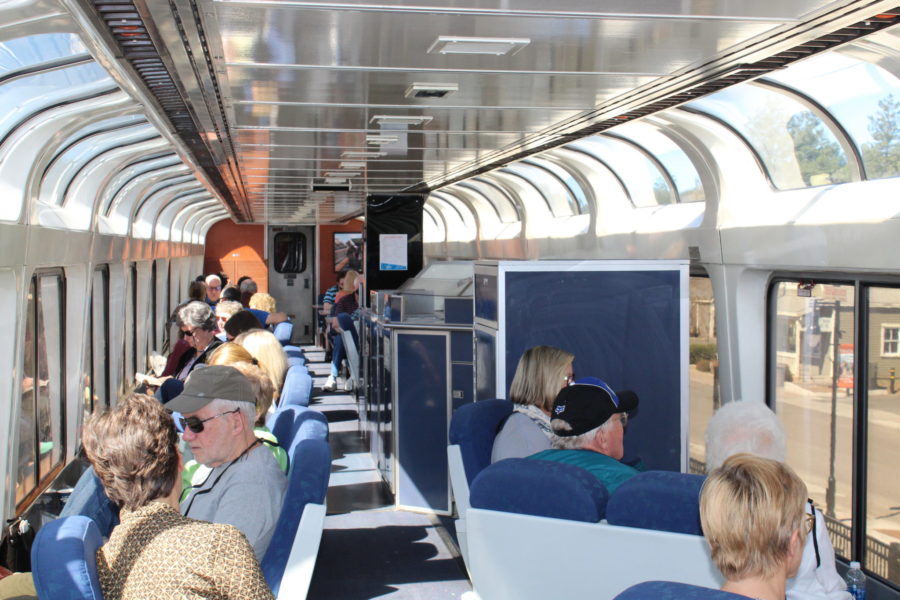 There’s a viewing car near the centre of the train. The first half of the journey from Chicago to Denver, we could always find a seat available. But once we got into the more scenic Rocky Mountains and Sierra Nevadas, people seemed to “camp out” there all day.

We found our own personal seat just as good for taking pictures and watching the beautiful scenery go by. 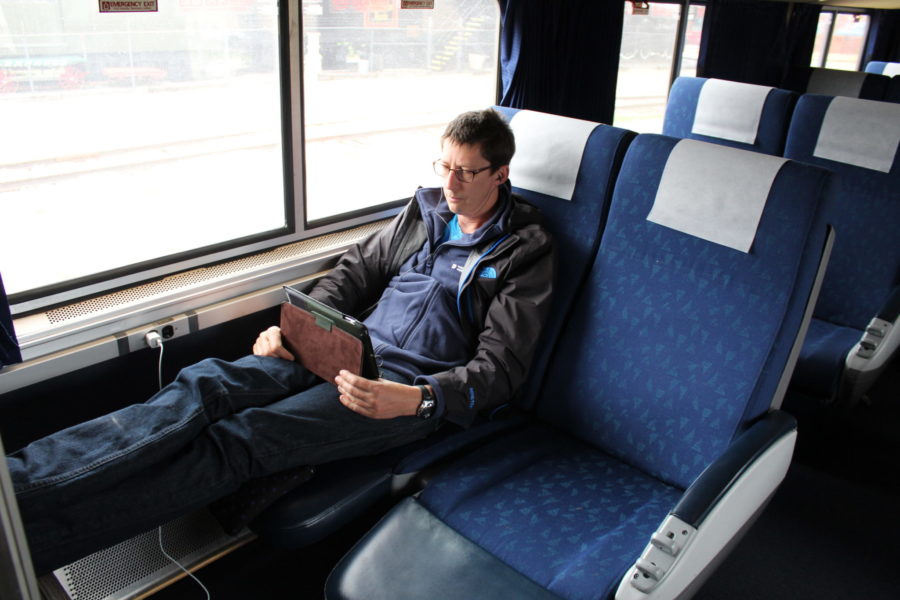 Riding on the California Zephyr was actually pretty comfortable. The seats are more spacious than most airplanes.  Plus the windows are huge enough to see the views.

Once we boarded the train, we were impressed with the amount of legroom and space we had. We loved how the seats came with a footrest to stretch out your legs.

There was an outlet at every pair of seats to keep your laptop charged. We found the wifi worked for a little while. But once we were in the mountains, it was pretty much non existent.

There are 5 bathrooms per car situated in the lower area. These are shared with both the upper and lower level.

The first half of our ride, we found them to be fairly clean. Although they could use a renovation, they were definitely passable. The second half (a 27 hour ride), you didn’t venture in near the end of the trip unless you had to. Only the private rooms will include a shower. 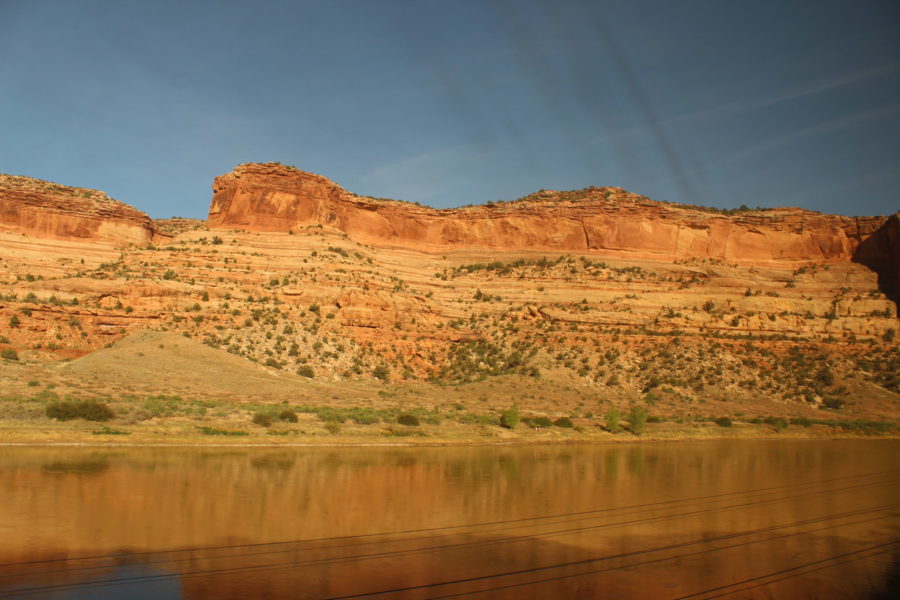 Some of the Amtrak trains will allow you to bring a bike on board. This requires a reservation and costs anywhere from $5 to $20.

Are Pets Allowed On Board?

Something fairly new is being able to take your small cat or dog on board for $25. The pets can’t weigh more than 20 pounds or the trip be longer than 7 hours. Be sure to reserve ahead though. They have a maximum of 5 pets per train. 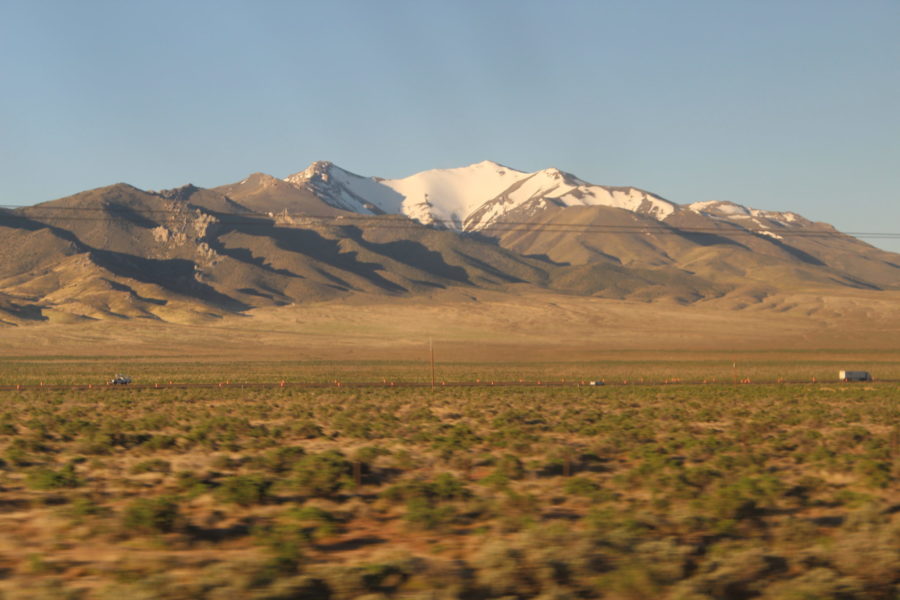 Food And Beverages On The California Zephyr

The food available on board is fairly expensive. There is a dining car for breakfast, lunch and supper. And also a cafe car where you can pick up quick snacks and drinks like coffee, soda, muffins, chips, hot dogs and breakfast sandwich’s.

We brought our own nuts, chips, granola bars and cookies for a snack. And opted to buy breakfast on board each day. It’s nice to sit in the dining car at least once on the train. They will seat you with other passengers. So you get a chance to meet your fellow train travellers.

We met a nice couple from Wisconsin, and another couple from England who were on a train journey circling the U.S. Before we boarded each day, we purchased a pizza to eat for dinner. We also saw people bringing coolers on board full of food.

How To Pass The Time

Our saving grace was our iPads. We pre loaded them with a few Netflix series. Then binge watched them to pass the time. Or downloading some audio books before you leave home would also work.

I saw some people with a deck of cards, crossword puzzles, knitting and even one guy with his checkers waiting for anyone to join him in a game.

We brought some comfortable sweat pants to change into at night. I wouldn’t recommend pyjamas, although you will see some that do wear them. I was glad to have a blanket and pillow

with me too. It can get kind of chilly on board. Especially at night.

Travelling by train isn’t exactly a quick way to get somewhere. But compared to a plane, you have a lot more freedom to walk around. And a decent baggage allowance.

Overall we have a bit of mixed reviews on our train journey. We were lucky the trains both times were only half full. So at night we could have two seats to ourselves and stretch out. Definitely a lot easier to sleep on than a plane.

But the wining and crying two year old twins a couple seats back from us kind of ruined the peacefulness of the ride our one night. Be sure to bring earplugs unless you can sleep through noice. Plus they also come in handy if your seat mates snore.

I think we’ll definitely take another train trip again because the positives outweighed the negatives. Just maybe next time we’ll book a Roomette to be able to get some sleep at night.

You’ll get to see scenery you otherwise wouldn’t.  The environment is very safe. And best of all you’ll meet some interesting characters! In the end, riding the California Zephyr was a lot of fun and we look forward to our next cross country train trip.

How to Spend 24 Hours in Glenwood Springs