Retiring in France | Costs, Visas, & Places in the South of France

This post was most recently updated on July 24th, 2021

Wondering where to spend your quiet years? Are you dreaming of spending your golden days drinking Bordeaux overlooking the French Riviera? Have you ever thought of retiring in France? It can be much more affordable than you’d think.

France is a country of incredible attractions, including delicious cuisines and world-class vineyards, prodigal art, and high-end fashion. From romantic cities to charming village settings, the country boasts the highest quality of living in the world.

While retirement in some famous French cities like Paris may cost a penny, settling in the le Midi country can be more accessible than you may think. With lower costs of living, a favourable climate, good healthcare, and a relaxed lifestyle, what pensioner wouldn’t want to relocate here?

If retiring in the south of France sounds like a dream to you, here’s what you need to know to add to your moving abroad checklist. We’ll look at the steps and processes to retiring here and the best places to live in France.

Although there are no special incentive visas for retirees, the process of retiring here is simple. You’d need to apply for a long-term visa at the nearest French consulate in your home country. After which, you’d then obtain a carte de séjour visiteur (a residence card).

To prove you have the financial means to live in France, you’ll need to provide statements from your bank, or pension plan. Also, be sure your health plan covers you in France; alternatively, you can obtain a suitable plan that will provide you the coverage you’ll need once you’re there.

Once you’re settled in France, you would need to reapply for your carte de séjour visiteur annually. After three years of living under this residency permit, you can then apply for a 10-year residency card.

Before making any definitive decisions, whether you’re planning on retiring to France from the U.K., the U.S., or another country, we highly recommend spending three months there as a trial period.

Pack your travel essentials and head to the destination of your choice. While you’re there, you can find a city or town you would like to make your home base and network with other retirees.

Note: Since we’re searching for places to retire for roughly $2000 U.S. per month for a couple, we’d suggest looking at cities or quaint villages that are not as expensive as St.Tropez, for example.

Getting A French Visa

The process of applying for your French retirement visa is divided into stages. Before applying, you’ll need to gather the information you will need before submitting your visa application.

Here is what you’ll require:

Best Places To Retire In France

If you’re unsure about where to live in France, you’ll be in no short supply of fabulous retirement destinations to choose from in the South. When you’re on the hunt to find the best cities in France to live in, you’ll need to consider: culture, excellent healthcare, a good climate, etc.

While the glitz and glamour of Paris may be beyond the budgets for many ex-pats looking to retire to France, there are plenty of charming regions in the South that offer just as much without having to break the bank. Aside from exorbitant urban centres like Cannes or St.Tropez, some places provide value for money.

Take a look at this handful of the best French cities and towns in southern France for good-value living in your retirement.

Cost Of Living For Retiring In France

How much you decide to spend on living costs each month will entirely depend on your lifestyle and where you choose to retire. Opting for oh la Paris is likely to make far larger holes in your pockets than finding a charming, quiet corner of France, such as the Auvergne or Charentes.

While many items can be costly, you’ll find a wide variety of things to pick from. France has, for example, thousands of varieties of cheeses that sell for as little as $1.15. As world-renowned wine distributors, you’ll find plenty of red or white wines sold at the local supermarkets for around $3.50.

Take a look at this example of a monthly breakdown of costs:

If you’re interested in finding out what the cost of living in France maybe, take a look at this comparison site here.

France has one of the best public transportation networks in the world and provides easy connections between the country’s regions and cities. If you get a monthly travel pass, it could cost you around $85 in some areas, while in other places, you could pay as little as $34.

This entirely depends on the different regions and whether you’re living in one of the bustling cities or quaint villages. Also, it would depend on where exactly you’re going.

Overall, France is a safe country. However, like in many countries, large cities hold more crime, especially in some of the banlieues (suburbs) around the Cote D’Azur cities like Paris, Nice, and Marseille. Pickpockets, scam artists, and other minor thefts are common here.

However, there have been many public security measures to safeguard the French and its visitors. Although France is a safe country to visit, like anywhere, it helps to know common issues to avoid any trouble.

If you’re looking for balmy, sunshine-filled days, you should go to the Midi – the term used for the country’s deep south. The Provence and Languedoc regions are characterized by mild winters and sizzling hot summers.

If you enjoy icy cold winters, you’ll find that the climate gets rather chilly in the eastern regions and around the Massif Central.

According to the World Health Organisation, France’s healthcare system is one of the best in the world. A visit to the doctor could cost around $30, and after three months of residency, you can get 70% back. The Government fixes hospitals and specialist fees, so there are no spiked prices. And prescription medication is less than half of what you would pay in other countries.

In France, you’ll need to obtain some form of healthcare insurance before arriving in the country to retire. And as a resident, you will then have the same medical benefits as French citizens.

Note: While you’re applying for your visa, you will be asked to show proof of foreign health insurance to obtain your residence card.

Attractions In The South Of France 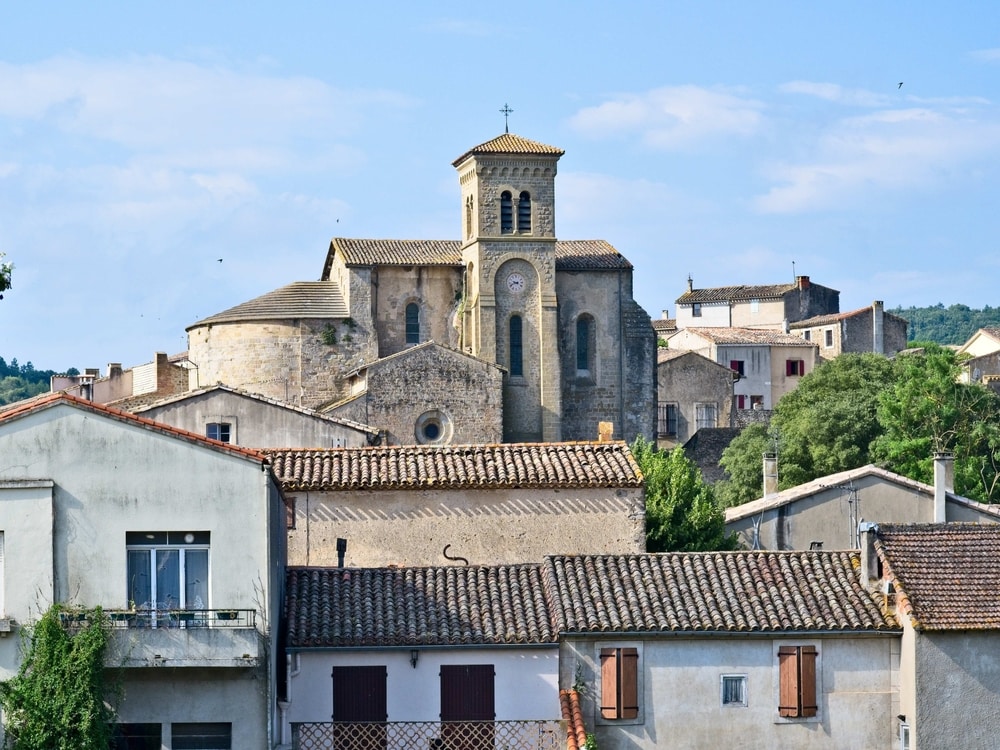 If you’re planning on retiring to the south of France, it’s best to get your ‘things to do list’ ready. From picturesque villages, beaches, mountains, vineyards, and more. You’ll have the world at your feet.

If you’re an avid art lover, visit Arles, Nice, Menton, St. Paul de Vence, and Antibes. Almost every one of these towns and cities in France has been visited or lived in by one of the great painters, such as Vincent Van Gogh and Pierre Paul Puget.

If you’re keen on luxury, walk amidst the elites in Monte Carlo, Cannes, and St Tropez. Here you’ll experience Michelin-star restaurants, yachts, and budget-blowing designer shops. Hop on a helicopter ride to see it all.

There are plenty of day trips and tours to choose from. Rent some bikes with your newly found friends and ride through vineyards in Bordeaux, or head to a theatre to watch a marvellous performances. When you arrive at the destination of your choice, book a city pass and get accustomed to its attractions – like this City Pass in Lyon.

A Footnote: Living In The South Of France For Retirees

From dazzling beaches to beautiful vineyards and some of the best ski slopes in the world, France has something spectacular for everyone. Now that we’ve discovered the best places to live in France for ex-pat retirees, and what you’d need to retire there, it’s time to make some exciting decisions for your future.
Wherever you decide to retire in the south of France, be sure to picture yourself spending your golden days in delightful weather, sipping a glass of Bordeaux wine. Or wolfing down a delicious gastronomic French meal and feeling awed by the stunning scenery.

The Cost of Living in Portugal for a Couple