Is A Trip To Visit Alcatraz Really Worth It?

This post was most recently updated on August 19th, 2020

Where Do You Go To Visit Alcatraz?

Alcatraz is an island that’s located only 2 kilometres off shore from San Francisco. The word Alcatraz translates from Spanish to mean “the island of the pelicans”. It was a federal prison from 1934 until 1963. Since the 1980’s, Alcatraz has been a National Historic Landmark. 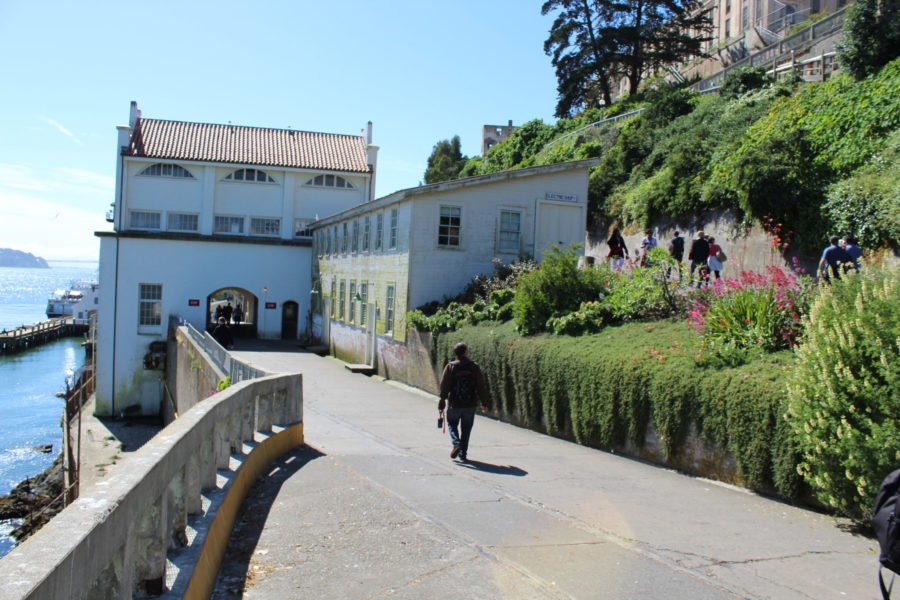 Who Was Sent To Alcatraz Prison?

Other U.S. prisons that branded certain inmates as troublemakers would end up sending them to Alcatraz. Some of the most famous prisoners were:

Al Capone – a notorious gangster residing in Chicago during the Prohibition era,

Plan Ahead To Visit Alcatraz

I have always had a fascination with Alcatraz. From watching Clint Eastwood’s “Escape From Alcatraz”. To the Nicolas Cage and Sean Connery movie “The Rock”.

Several films have been made about Alcatraz. And if you’re planning a trip to Alcatraz and haven’t seen those two yet, check them out first. The whole on going mystery did they survive or not. Are they soaking up the sun somewhere in Mexico? We will probably never know the real answer.

When we decided to take a trip to San Francisco, the number one excursion on my list was to see Alcatraz. And it did not disappoint. So if you can nab some tickets, definitely go! 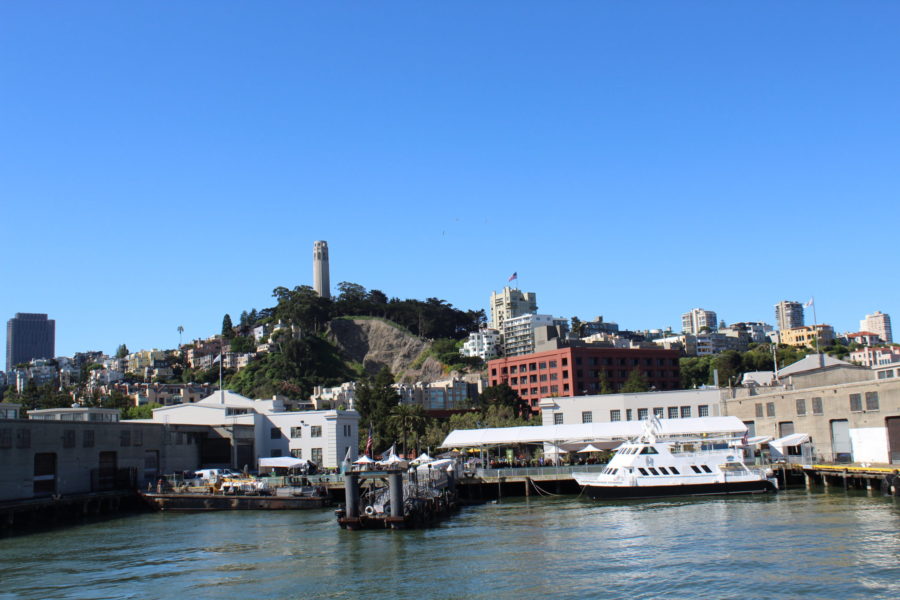 How To Get Tickets To Visit Alcatraz?

There are only a certain amount of tickets allotted each day to visit Alcatraz. With over 1.5 million visitors each year, you definitely need to plan ahead.

Three months before our trip I checked online and they were all sold out. After looking every few days for tickets, a date that would work for us opened up. You just have to keep checking each day.

If you can’t find tickets online, the other option is to get to Pier 33 early in the morning and line up for Alcatraz tours last minute tickets. Every day they release a certain amount. The day we were there it looked like most people waiting were accommodated.

You want to make sure to get a ticket on the ferry operated by Alcatraz Cruises Company. There are other companies that advertise tickets to Alcatraz, but only the one company has access to stop at the island. The other companies will only drive by.

How To Get To Alcatraz

When you get to Pier 33, there will be a sign with your ferry departure time on it to start lining up behind. You are required to arrive 30 minutes before your departure time. The earlier, the better of your chances to get a seat on the upper deck of the ferry.

Try to pick the very first departure of the day if you have a choice. That way your ferry is the first to arrive and you’ll avoid the crowds. Give yourself at least a couple hours on Alcatraz. Then you’ll have time to listen to the whole commentary and extra time to wander around after.

The ride over on the ferry to visit Alcatraz will take less than 15 minutes. Pulling away from the dock is a great time to get some pictures of the San Francisco skyline in the distance. 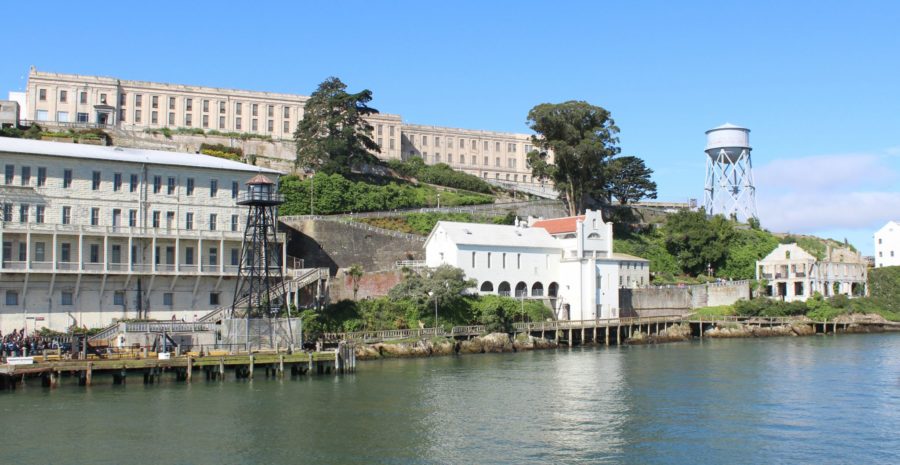 Once you get to the island, your group will be instructed to meet in an area for a quick briefing from a Ranger.

Where To Go On Alcatraz 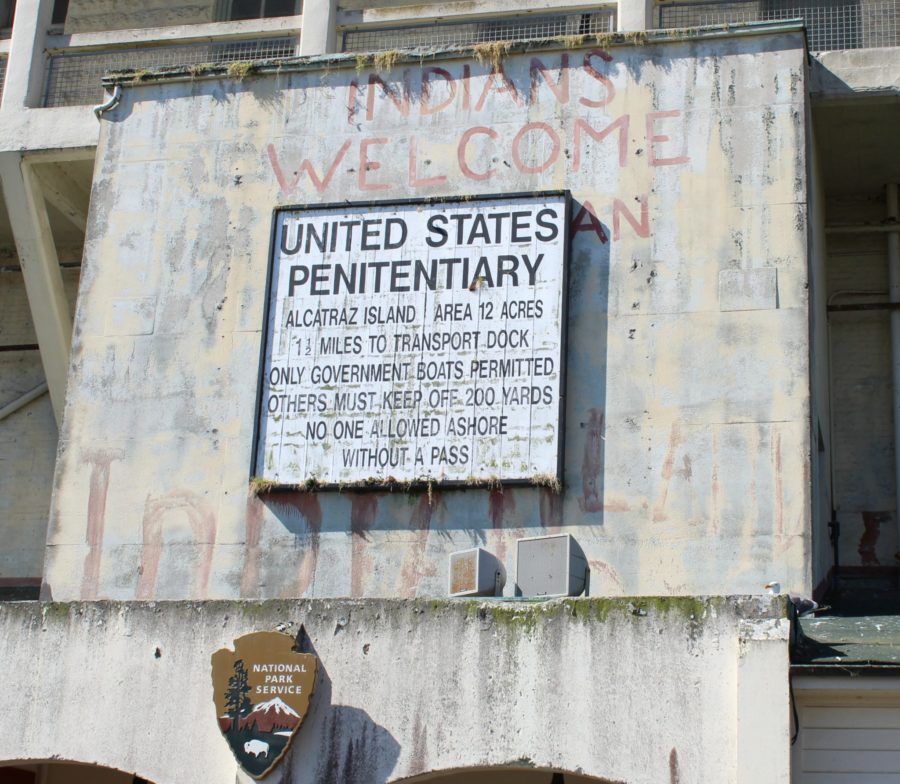 After you’ll walk up the hill, you have the option of watching a short video on Alcatraz, or you can just start your tour. I’d recommend watching the video first. You’ll learn a lot of the history behind Alcatraz. 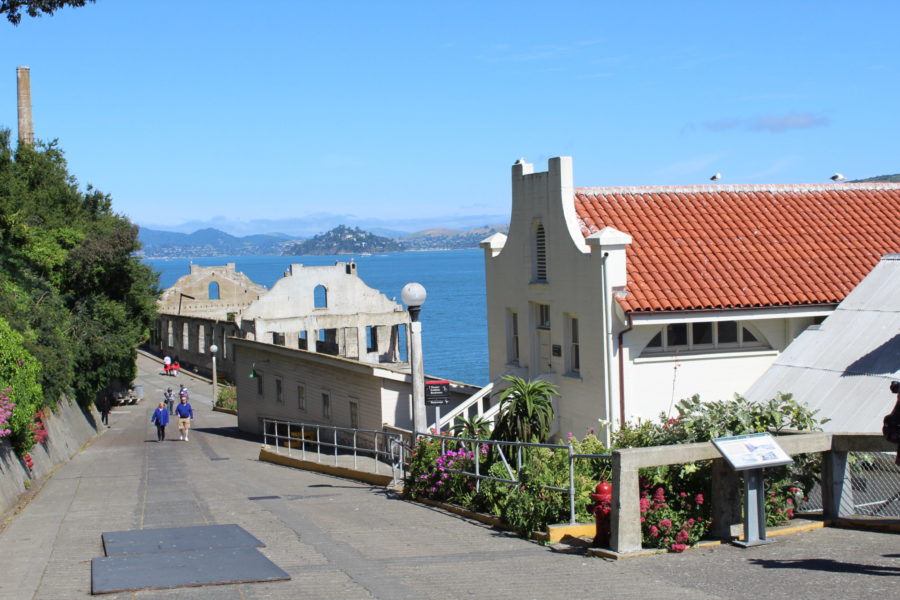 When you get to the top of the hill, you’ll enter the main prison door. Here they’ll hand you an audio guide for your own self guided tour. 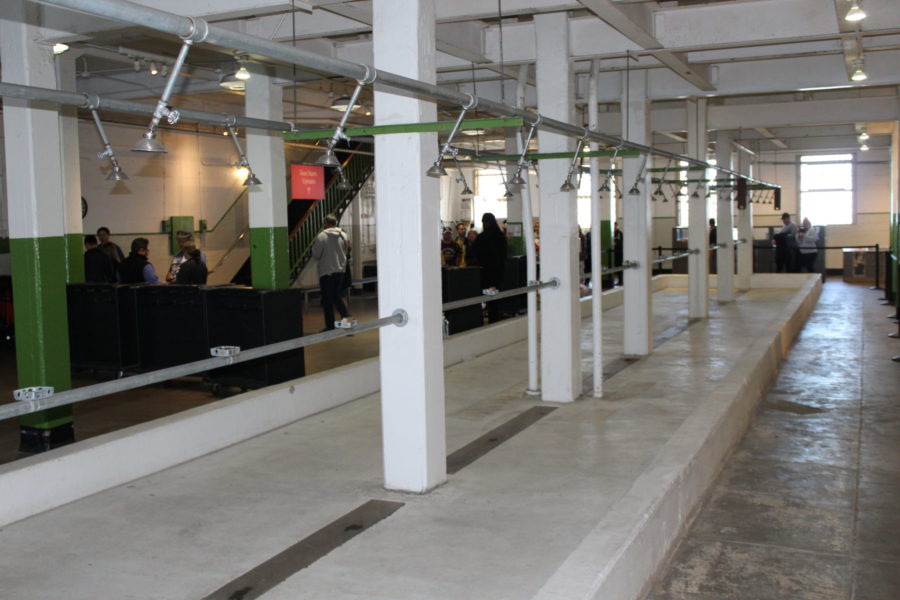 After picking up your audio headset, you’ll be in the prisoner shower area. And then you’re off on your tour.

What To See On Alcatraz 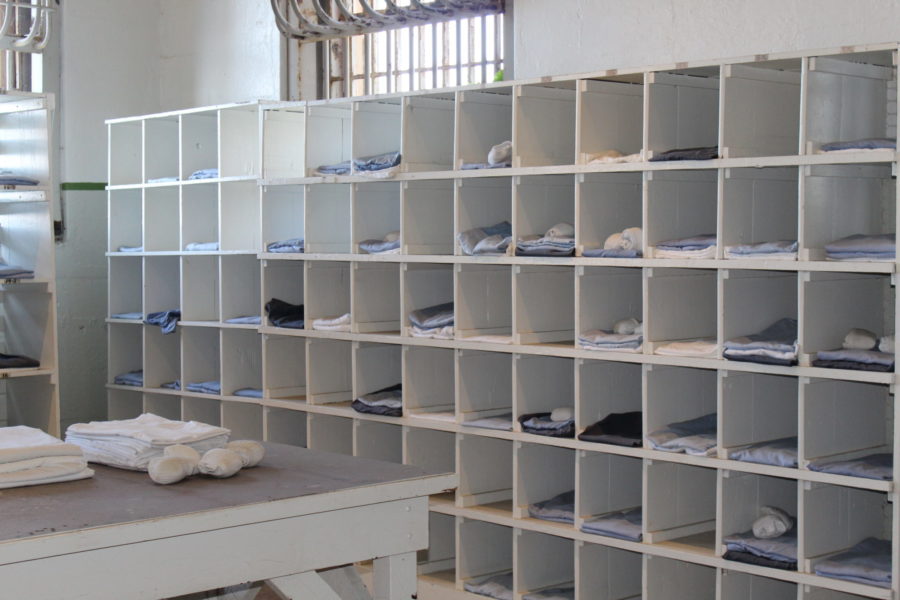 Next you’ll walk through an area where the prisoners received their prison uniforms. The audio guide will then take you around to see the main cell house, the dining hall, the lighthouse, the warden’s house, and the recreation yard.

An interesting fact I found was that the prison’s staff and families lived on the island in their own lodging. The children all played together, and went to school with each other. A very unique place to grow up! 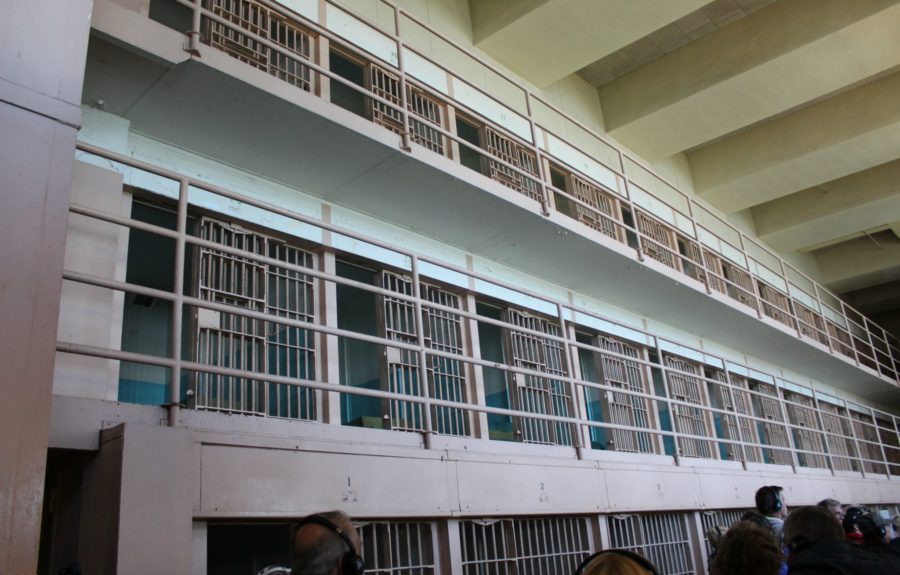 Wandering around inside the prison kinda gives you an eerie feeling. They claim no prisoner has ever successfully escaped without being shot, drowning, or being caught. Although plenty have tried.

In 1962 was when the most famous escape took place. Frank Morris, and John and Clarence Anglin made it out of the prison and onto a raft. No one knows for sure what happened after that.

We found the audio commentary to be very well done. You can stop and pause it at any time. Then restart again when your ready to carry on. 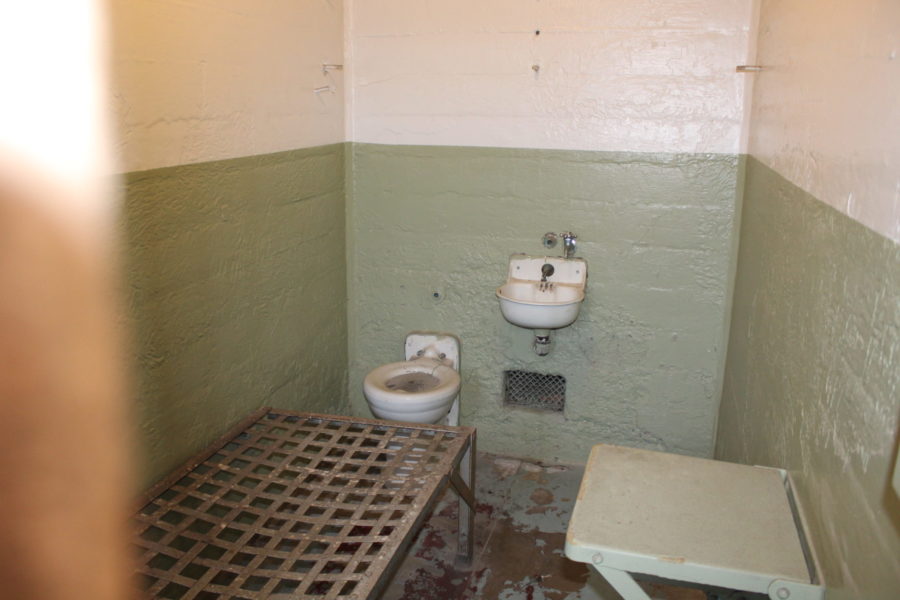 The day we were there, the former prisoner William Baker was doing a book signing for his Alcatraz #1259 book. 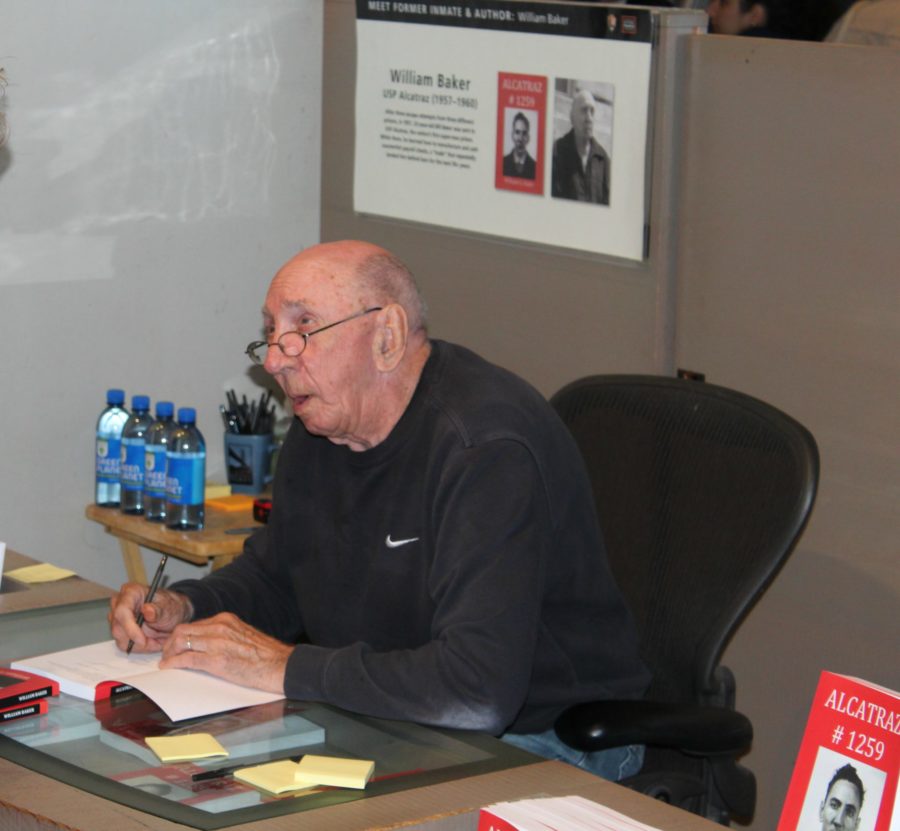 Alcatraz ended up being closed as a prison in 1963 mostly because of the cost to run the old facility. The prisoners were then re located to a prison in Illinois.

When you’re done your tour and ready to leave, just make your way back down to the ferry dock. There is a schedule posted letting you know the daily departure times. 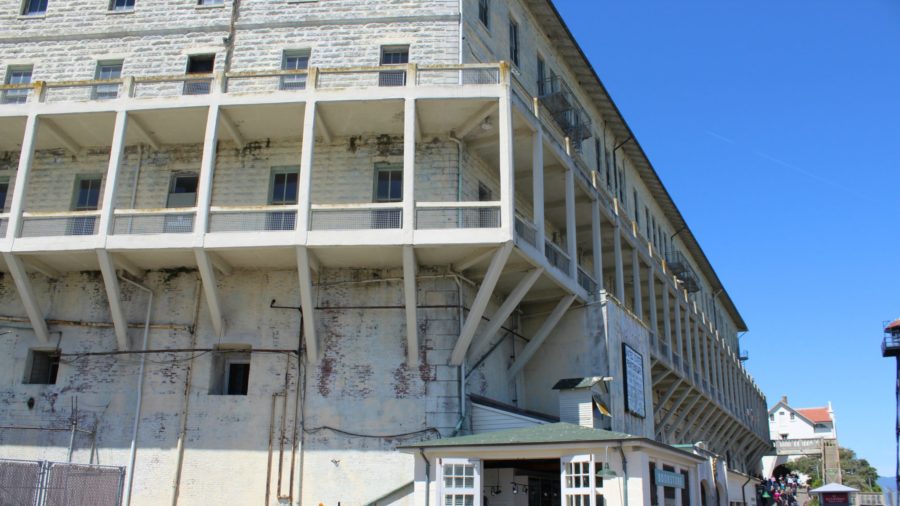 The tour might be a little pricey, but it was definitely worth it. Another one to check off the bucket list!

If you have more time to spend in the San Francisco area, check out  A Scenic Drive Through Mendocino County

Pin it for later

A Scenic Drive Through The Northern California Coast

48 Hours In Niagara Falls: How To Spend Your Time