The Cost of Living in Portugal for a Couple

This post was most recently updated on August 20th, 2021

Situated in the southwest corner of Europe, Portugal has a rich history and a fascinating contemporary culture. This little piece of heaven attracts the masses with Porto’s sunny beaches, the spectacular islands of the Azores, and the iconic red-roofed houses of Lisbon.

Portugal will make you feel like you’re on a permanent vacation. Lisbon, the capital of Portugal, helps the country bring in over 25 million tourists each year. Portugal has a steamy climate, and dwellers can expect a long, hot summer with accompanying warm ocean temperatures. 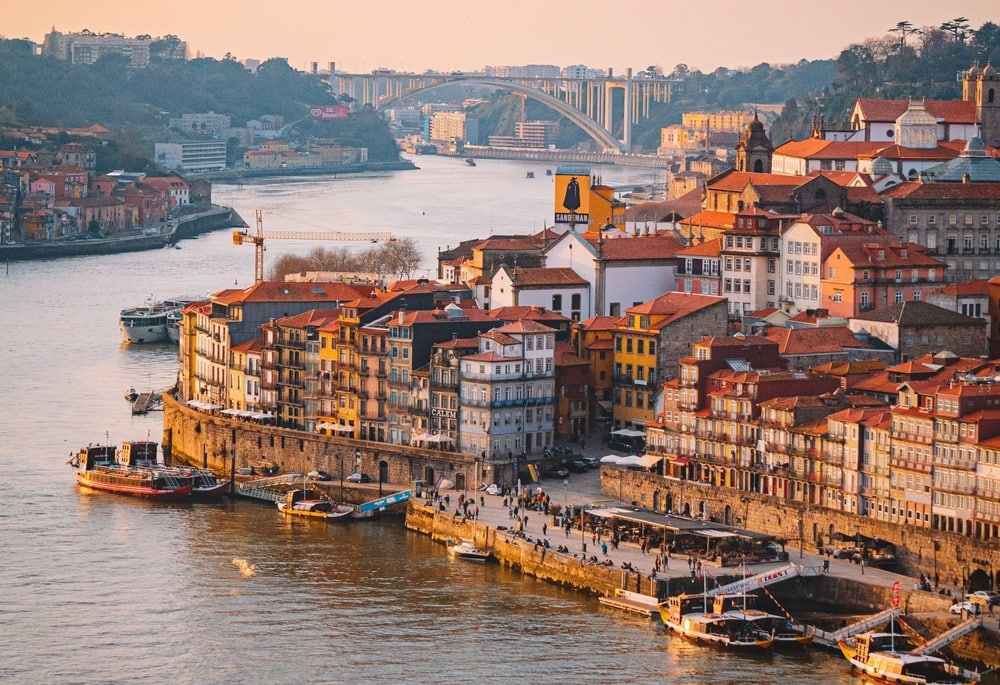 So, how much does it cost to live in Portugal? We’ve put together everything you need to know, including the cost of eating out, public transport, accommodation, and even some thrilling excursions. So whether you’re deciding to become an expat or just want an exciting escapade, keep reading to discover all the local living costs involved.

Portugal has so much to offer and plenty to experience. So is Portugal expensive? Fortunately, no. Portugal is very well-priced and has a similar cost of living as Tenerife, Spain and Split, Croatia. But as always, average budgets work on a scale. How you spend your money will determine which end of the scale you are on.

The cost of living in Portugal vs the US varies quite vastly, with Portugal being almost two times cheaper to live in. The average Portugal standard of living will cost a couple around $2,200 in Portugal, while in the US it would cost around $4,000. 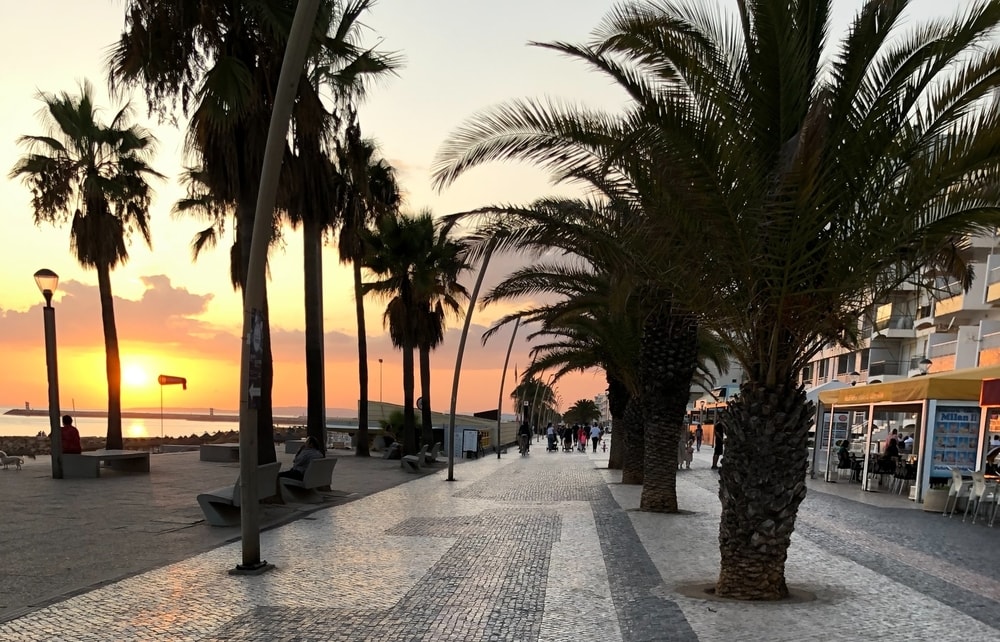 This breakdown should indicate the basic costs you can expect while living in Portugal. These costs aren’t by any means all of them, but it’s enough to give you a good idea.

Locals spend an average of $900 – $1100 per month. Almost 30% of that is spent on rent and another 30% on groceries. The next highest budgeted categories are transportation at 15% and restaurants at 12,5%. So a couple bringing in $2500+ can live a luxurious lifestyle.

Portugal is one of the most-reasonably priced countries in Western Europe and extends a pleasant living standard to those coming for an elongated stay.

Cheapest Place to Live in Portugal

Portugal is one of the top choices for expats in Europe. Lisbon, Portugal’s capital, was rated 38th on the Mercer Quality of Living Rankings. In addition to Lisbon, there are many popular cities to move to in Portugal. While these cities are all similar in price, their cost of living does vary enough to make weighing your options worthwhile. 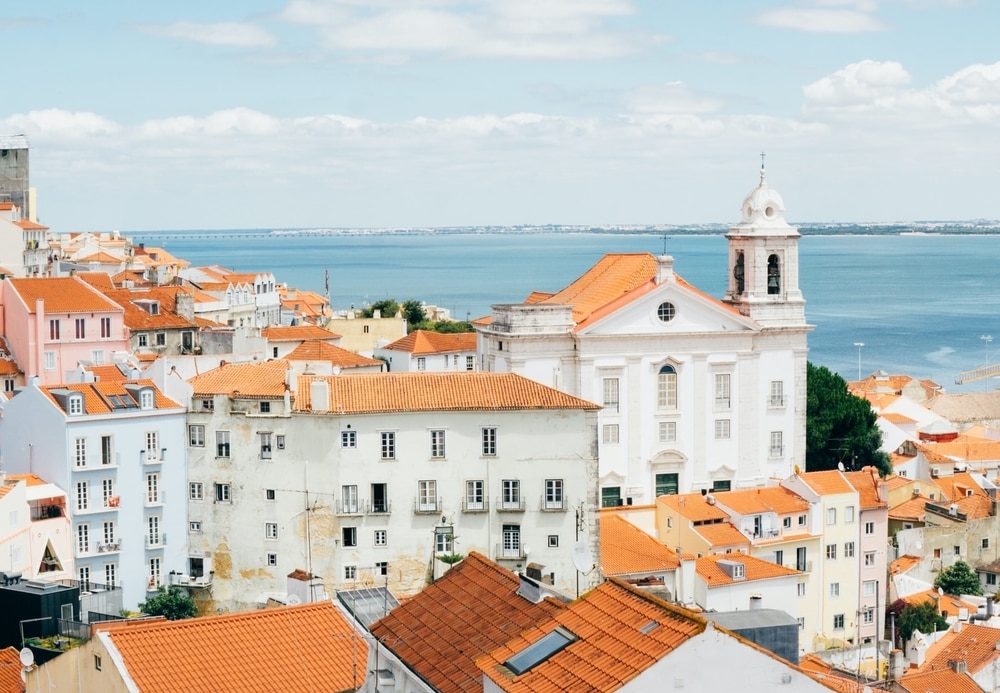 Cost of living in Lisbon, Portugal

Here you can wonder at the Torre de Belem, get lost in the Alfama District, or spend the day riding the famous trams. 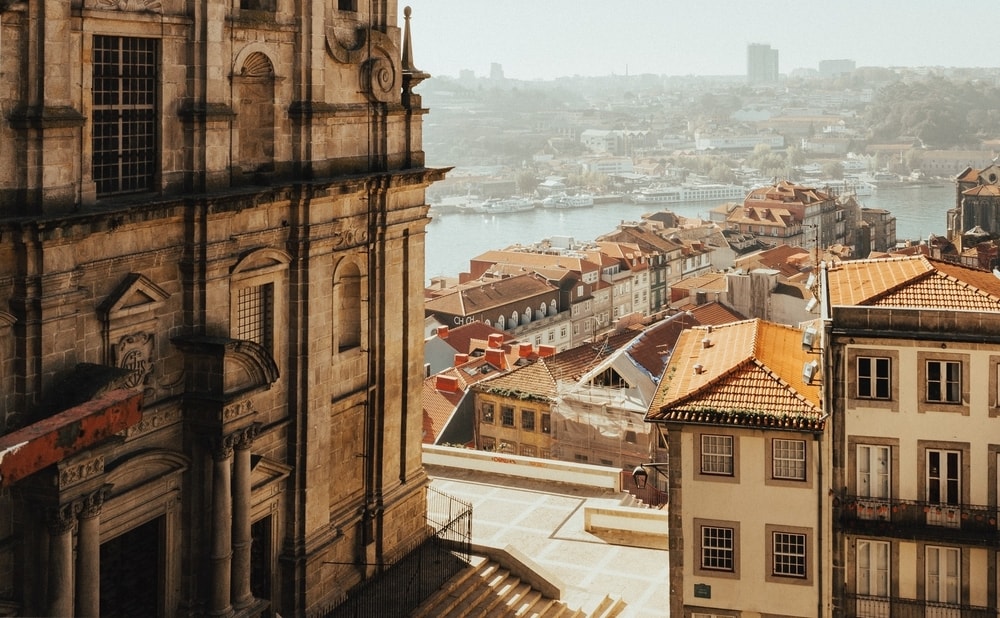 Cost of Living in Porto, Portugal

Porto is famous for its picturesque Cais da Ribeira. Stroll down the romantic riverside while watching the busy canal with boats speeding past. This lovely city is cheaper than Lisbon and Cascais but still offers luxurious living, just with a cheaper price tag. Porto is also similar to the cost of living in Algarve, Portugal. Porto is about 52% cheaper than New York and 21% cheaper than Brussels. 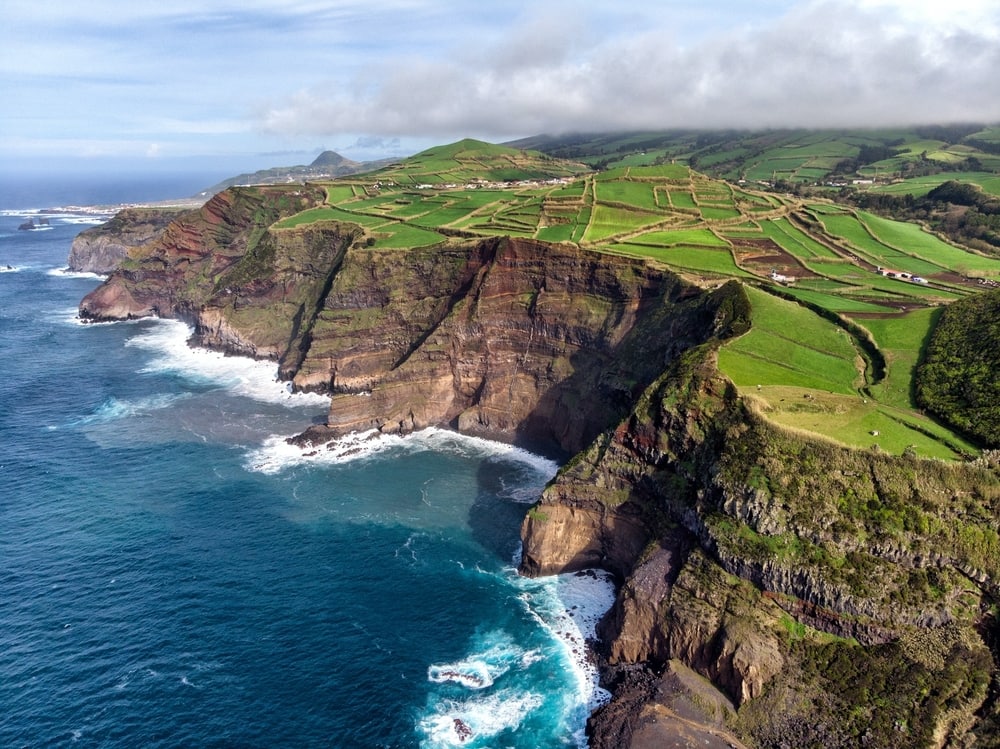 Cost of Living in the Azores

The Azores, an autonomous region in Portugal, is perfect for couples looking for serenity and an escape from a busy city life. These islands showcase dramatic landscapes of green pastures, underwater mountain peaks, and blue hydrangeas.

The Azores was long represented by a blip on the radar but has now become an increasingly popular destination to live and visit. Alongside this location’s beauty, it’s 18 – 23% cheaper than living on Portugal’s mainland.

According to the 2019 Crime report, Portugal is pretty safe except for the occasional non-violent crimes like pickpocketing or vehicle break-ins. These petty crimes mostly occur near popular tourist attractions such as the beach and in the city’s public transport system.

Although Portugal’s crime rate is low, Lisbon is known to have the most crime of all the Portuguese cities. The crime usually increases during the summer months (March to May) as this time of year brings more tourists and, therefore, more opportunities for pickpocketing.

While the chances of being involved in a crime in Portugal are low, staying aware while in crowds and keeping your valuables out of sight is always the best practice. 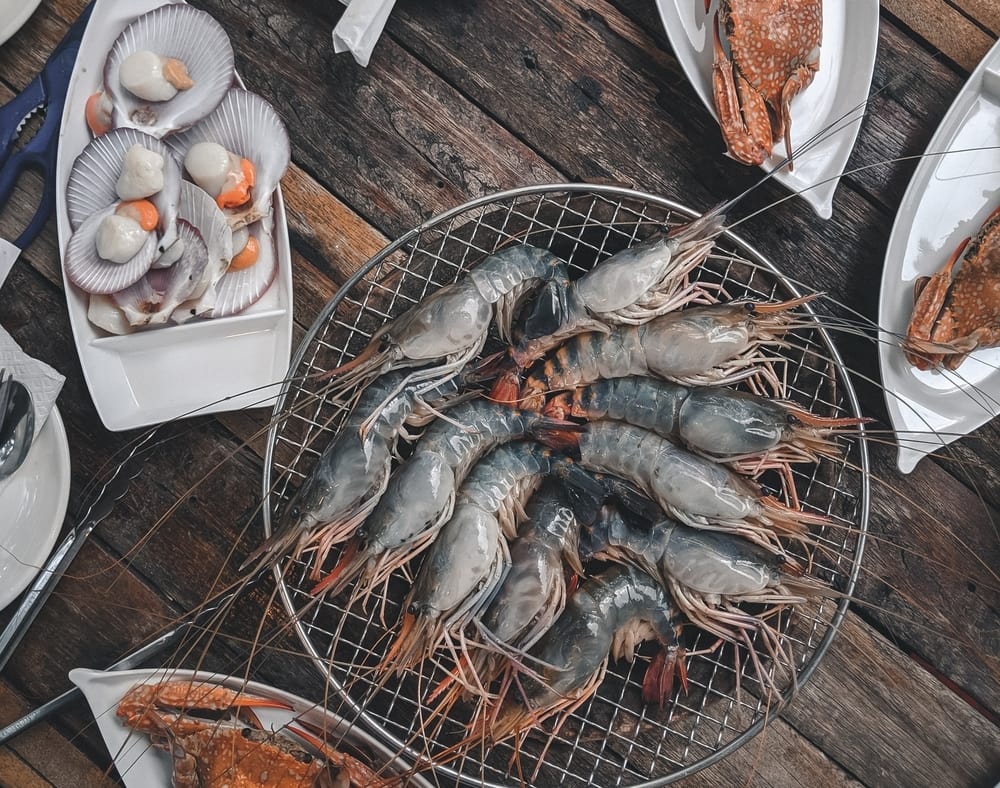 Groceries and Supermarkets Costs in Portugal

Everyday groceries in Portugal are relatively affordable, but it’s best for couples to budget around $400 a month on grocery shopping if you want to add a few indulgences into your cart. A decent bottle of wine will come to around $5 and the local beer for just over $1 at the local supermarket.

Because of Portugal’s extensive coastline, fresh seafood and specifically fish is very affordable. Foods like shrimp and tuna will cost you around $10, but more common catches, like dorado, can be bought for around $6.

Other animal meat, like beef, sells for around $8 – $12 depending on the cut of meat, but chicken is far more affordable at only about $3.

Dining out in Portugal

If you choose to relocate to Portugal, you’ll have the luxury to eat out more than if you were in neighbouring European countries. A 3-course meal at a decent restaurant will amount to $36 per person. A modest eat-in lunch will cost you each around $20 together with $1.70 for an after-lunch cappuccino.

But for a cheaper option and local alternative, a sandwich will only be about $5. If you want to grab something quickly, the fast-food options vary from $6 – $7. 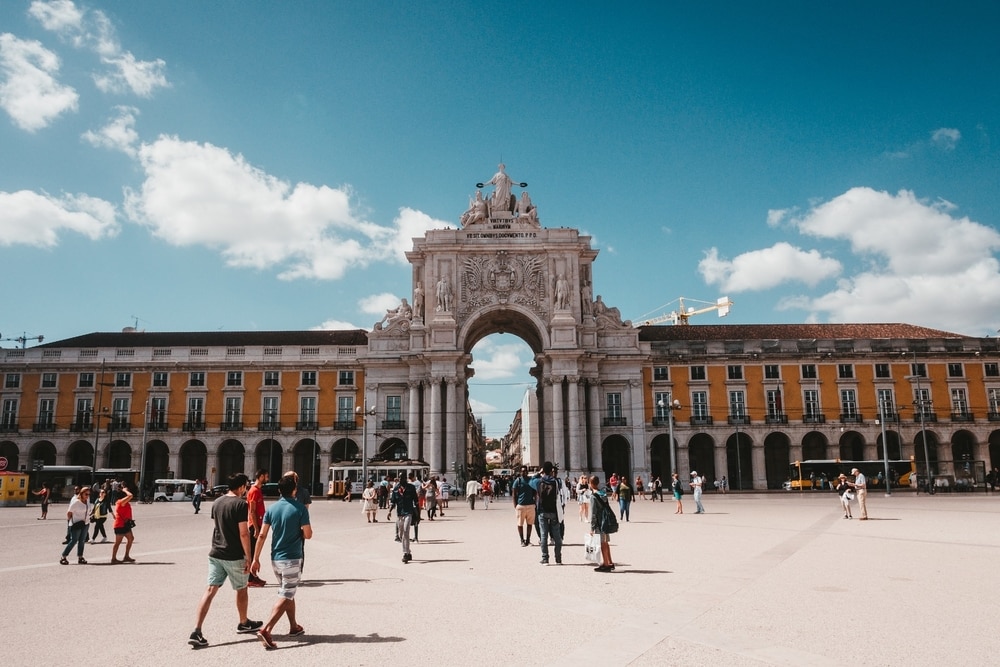 The Cost of Entertainment and Activities

Portugal has so much to offer at a great price. From its extensive coastline and almost 10-month long summer, you’ll never run out of things to do.

For free, you can start at the roots of Portugal by immersing yourself in the history of Braga or the town of Amarante. Grab your partner and enjoy the cobblestone streets and exquisite seafood cuisine of Porto or simply sit back on the beach and soak up the European sun.

Get some popcorn and watch a movie in the cinema for about $9 or stream it on Netflix on your $40/month internet subscription at home.

Guided tours are worth every penny as you get to explore the most exclusive spots and hidden gems with the help of friendly and informative tour guides.

Porto, Portugal, offers endless landscapes of vineyard-covered hills with spectacular wine tasting. While in this city, you should head down to see the Douro Valley and take a cruise between the rolling hillsides.

For something more adventurous, you can swim with dolphins in Quinta do Lorde for just over $50. If you prefer to be on top of the water rather than under it, you can still experience the ocean life on a dolphin and whale watching cruise in Funchal for just over $25.

For something a little different, you can relish an off-road buggy adventure or a spectacular tour of the enchanted Terraces of Funchal.

Public and Personal Transportation in Portugal

One of the keys to an affordable city is a well-functioning and extensive public transport system. Luckily Portugal has you covered. There is a good network of buses, underground trains, and even trams in some areas.

A single-use underground fare will cost around $1.80 each, but it’s much more affordable to get a day saver pass for unlimited access to the buses and metro for just over $7 each. For long term use, you can get a monthly pass for about $40 each.

If you have a car, you’re looking at around $1.81/L for gasoline. Alternatively, you can rent a car for about $20 a day. But make sure to book your car in advance. The shorter the time before, the more expensive the rent will be. Renting a car at the airport will cost you over $100 per day for a tiny car! 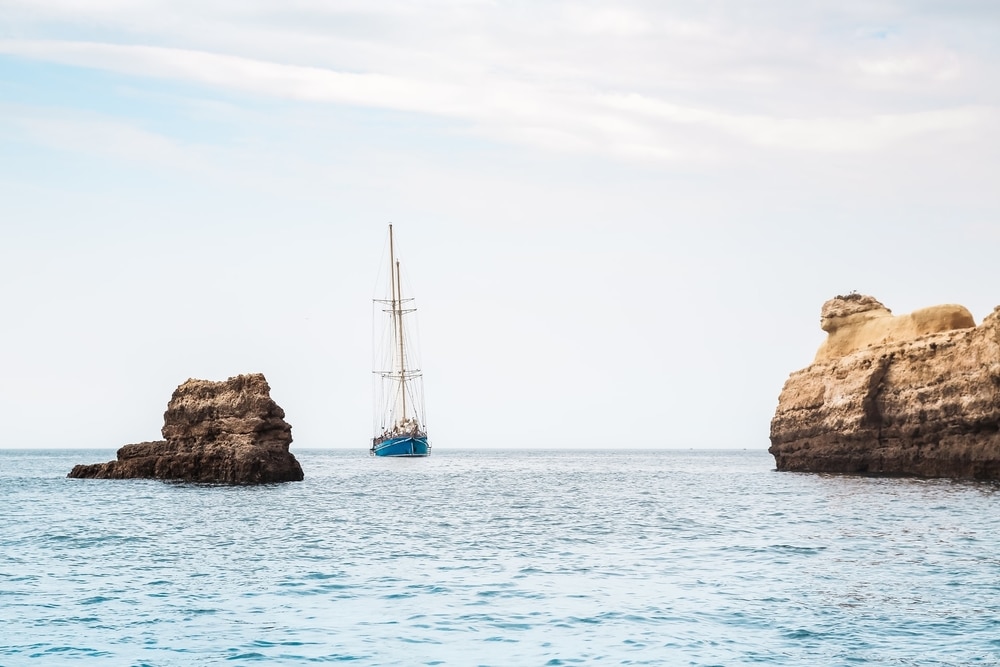 Now that you’re well versed in the cost of living in Portugal for couples, you can start planning your expedition.

The Cost of Living in Tenerife, Santa Cruz | Moving to Tenerife

Retiring in France | Costs, Visas, & Places in the South of France