This post was most recently updated on September 6th, 2021

Sicily is one of Italy’s most popular holiday destinations, but it is also a well known place to settle down and enjoy retirement. Being the largest island in the Mediterranean, you will have no shortage of cities, beaches, or breath-taking countryside to choose from.

When looking for a place to settle down, many ex-pats choose to retire in France, Spain, or northern Italy. But Sicily should not be left out from the list. It is a place filled to the brim with a unique culture that you won’t find anywhere else in the world (and the cost of living is great too).

Whether you are looking to move to a village with other like-minded retirees or fully embrace the Sicilian lifestyle, this guide has everything you need to know about retiring in sicily. La Dolce Vita is more accessible than you might think! 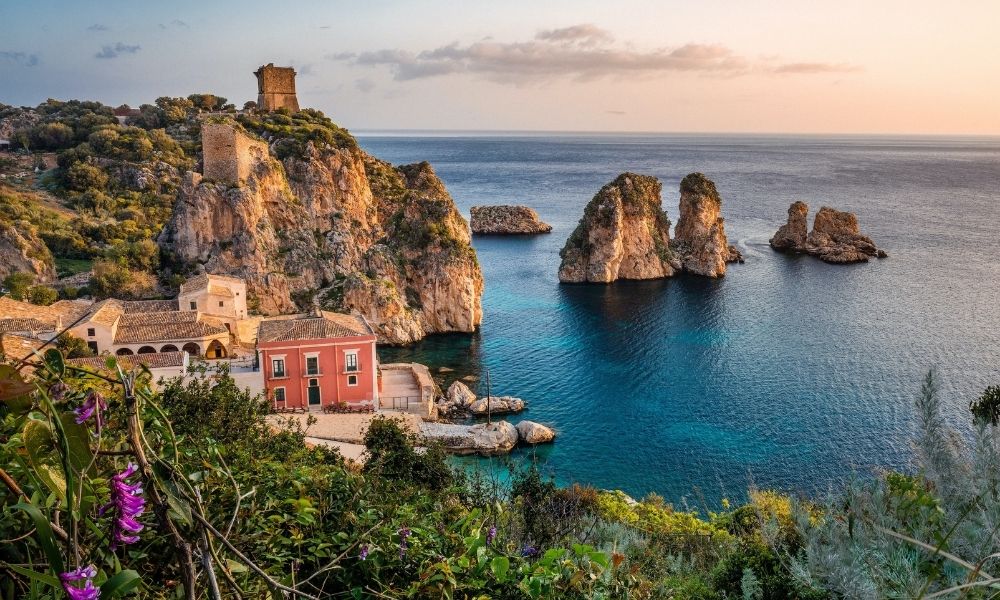 The most exciting part of planning your retirement is looking for the best places to live. Sicily is filled with great spots, whether you prefer big city life or something a little bit quieter. So without further adieu, here are the best places to stay in Sicily, Italy.

If you’ve visited Sicily before, you will probably have heard of Taormina. This is one of the most popular holiday destinations in Sicily and it has a thriving ex-pat community – both retirees and remote workers.

If you’ve got a little bit extra to put towards your retirement, then Taormina should definitely be high up on your list. The only downside is that the living costs are a bit more than anywhere else on the island. However, with the beach on your doorstep and some of the best infrastructure in the region, retiring in Taormina is a no-brainer. 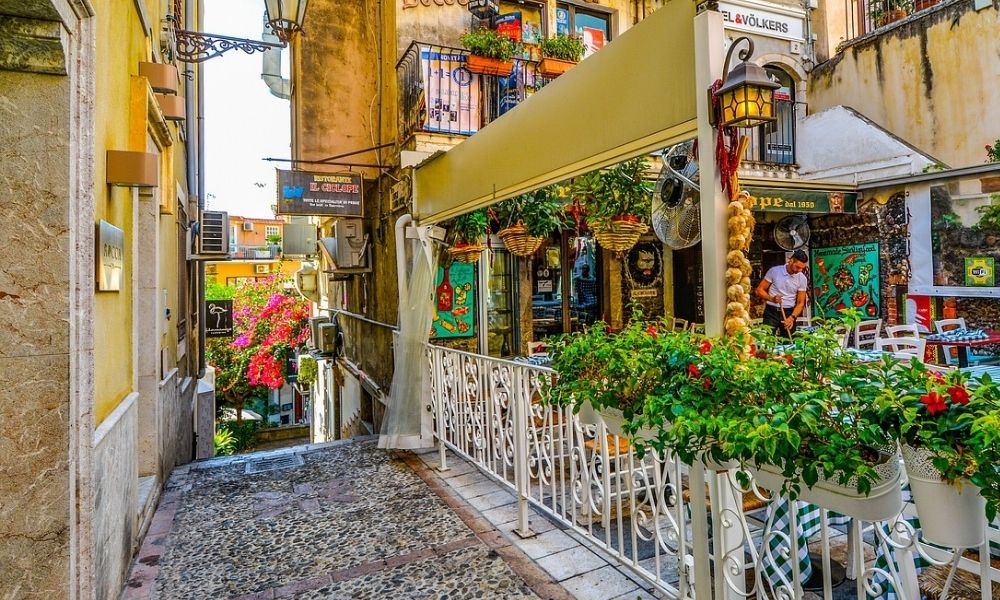 This list wouldn’t be complete without mentioning Palermo, the capital of Sicily. If you’re not looking to retire in a small village, then Palermo, Italy, is worth visiting. It might not be the best-kept city on the island, but with innumerable cultural attractions and a very reasonable cost of living, it’s no surprise why so many foreigners choose this area when moving to Sicily.

There are also plenty of smaller villages surrounding Palermo. If you want to be close to the city, but would prefer to live in the countryside, then you’ll have many options to choose from.

This small Sicilian city with just over 3,000 inhabitants is the perfect place to enjoy retirement. It’s located in the South West of the island and is a 30-minutes drive from the nearest beach. Although you won’t be living on the coast, the beauty and tranquillity that you will experience here are well worth the trade.

Another big benefit of this is the ex-pat community. Despite its size, Cianciana has plenty of people who can speak English. Whether you are looking to buy property, visit the local doctor, or even get your teeth checked at the dentist, you will be able to communicate in your home language – what a relief.

The port city of Siracusa (or Syracuse, as many people know) is one of the number one beach cities on the island. It is also one of the most historically active areas, with ruins from Greek, Roman, and Arab influence.

There’s little you’ll need if staying here. Whether you want to spend your days exploring ancient areas, keep up to date with all the resident ex-pats, or just lounge on the golden sand beaches, Syracuse is a dream retirement destination.

Note: Syracuse is one of the pricier destinations in Sicily, especially if you visit the tourist hotspot of Ortygia Island.

How about retiring in the shadow of an active volcano? Don’t worry, Catania isn’t in any immediate danger, but you will have the advantage of being able to tour Mount Etna – one of the most famous volcanoes in the world.

Catania is the second-largest city in Sicily (after Palermo), and it is a great place to retire. Compared to the capital, this area of Sicily is better known for its tourism and incredible beaches. Markets, cultural attractions, and a growing ex-pat community make Catania one of the best regions to stay in Sicily.

Cost of Living in Sicily

Now that you know the best areas to stay in Sicily, you can get working on your budget. After all, retirement requires a lot of financial planning.

Luckily, if you choose to move to Sicily you are in luck. Although one of the most beautiful regions in Italy, the cost of living in Sicily is considerably lower than some of the other popular cities – especially those in northern Italy.

This is especially true for food. A regular pizza will cost you around $7, while a delicious Sicilian gelato should only cost about $2.50. If you are looking for ingredients to cook your meals, use the local markets to find some of the best value for your money produce in Europe (there’s a reason people only use local produce here).

Here we have a breakdown of the monthly costs you will most likely incur in Sicily:

The above amounts will vary based on where you live in Sicily. For a more detailed breakdown of possible costs, you can visit this site.

Living in Sicily Pros and Cons

Moving to another country can be stressful, especially if you are planning on retiring. You want to make sure that you are choosing the perfect spot – but that can often prove extremely challenging.

This is especially true if you are moving to a non-English speaking country, like Italy. Although there are many places in Sicily where you can move with little issue, it’s important to plan and weigh out the pros and cons.

If you’re getting excited about retirement, then look no further. These are some of the main reasons why people want to settle down in Sicily.

1. Sicily Is a Safe Place To Live

Although Holywood has done a great job at painting Sicily as a hotspot for mafia and criminality, this is not the case (at least not anymore). Although you should still be careful in big cities like Palermo or Catania, this is mainly just petty theft and crime of opportunity.

In the smaller villages, you will have no problem. You can rest assured that crime will not be something you have to actively worry about wherever you retire in Sicily.

As we’ve already mentioned, living in Sicily is not expensive, making it a great place to retire. Depending on your budget, there is a wide range of living opportunities, from larger tourism hotspots to smaller countryside villages. And the food is cheap too!

Sicily is famous for its incredible beaches. Wherever you decide to retire on the island, you will be less than an hour away from the nearest beach. The most popular ones are usually tourist hotspots, so keep this in mind when planning where to live.

Whether you are just buying local produce from the many markets or sampling some proper Sicilian delicacies, Sicily offers some of the best cuisines in the country. Considering Italy is famous for food, you know you’re in for a treat.

One of the most noteworthy pros of retiring in Sicily is the tax incentive. The Italian government is encouraging people to retire to the island and is willing to give you a 7% flat rate deduction on your taxes to sweeten the deal.

Although this idyllic island has a lot of positives, these are a few things you should consider before packing your bags.

1. Sicilians Speak Their Own Language

Sicilian is recognized as a minority language by UNESCO. If you plan on retiring in Sicily, it would be a good idea to practice the language before moving there. Even if you have some knowledge of Italian, you’d be surprised at how different these two languages can be.

Note: Unless you move into an ex-pat community or a more popular tourist area, don’t go there hoping to speak English to the locals.

Although there aren’t many beggars, there is an air of squalor hanging over the island. This depends on where you go, but if you look carefully you will notice telltale signs. Things like bad trash collection services, dilapidating buildings, and occasional electrical outages are not unheard of in Sicily. However, this does keep the cost of living lower than other places.

Sicily is a laid-back island, where the culture of relax-first-work-later has seeped into almost all aspects of life. Although this is sometimes one of the best parts of living here, if you need to get important admin done (like taxes or buying property), you may find the delay a bit tedious. 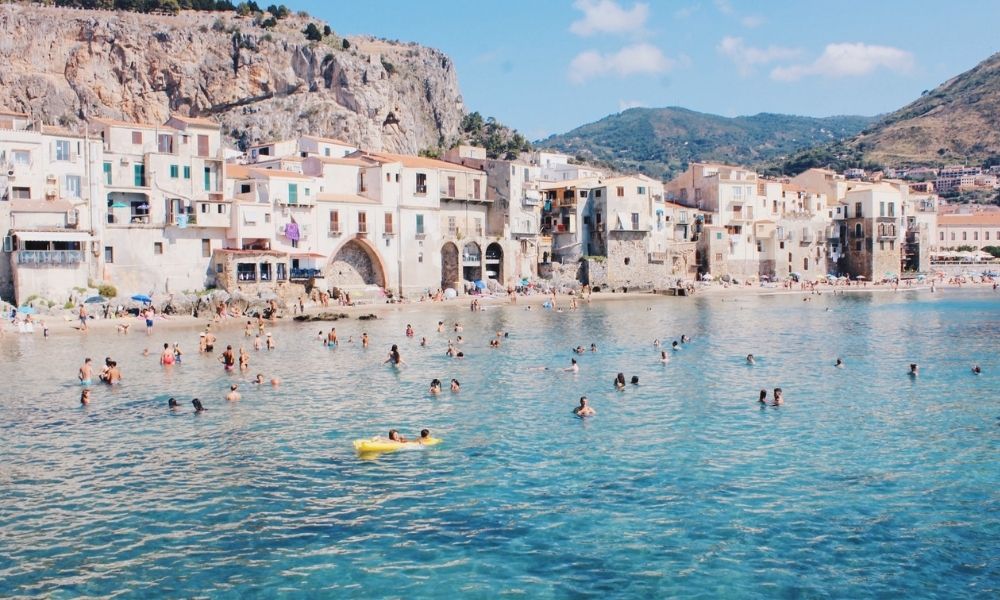 Now that you know everything there is to know about retiring in Sicily, you’re ready to start looking for your dream spot. When you’re finally ready to make the trip, make sure you complete our ex-pat moving abroad checklist to make sure you haven’t forgotten anything important.
Sicily is a dream location that, with the proper planning, can be the last place you decide to call home. Wherever you choose to stay, you will not be disappointed.

Malta Life | Living In Malta As An Expat

Best Things to Do In Gran Canaria