7 Things To Do In Stratford Ontario

This post was most recently updated on June 29th, 2020

Nestled a two hour drive west of Toronto is the small city of Stratford. They may be small on size as far as cities go, but certainly not small on charm. There are plenty of things to do in Stratford for a day’s getaway. Or make a weekend of it and stay in one of the lovely Stratford Bed and Breakfast’s the city has to offer.

Stratford, Ontario was named after Stratford-upon-Avon in England. Which was home to William Shakespeare. So it makes perfect sense that one of the main draws to Stratford is the Stratford Festival. You can still catch a Shakespeare play while you’re here. There are four different venues to watch one of the Stratford plays at. Plus there are also plenty of different genres to choose nowadays. 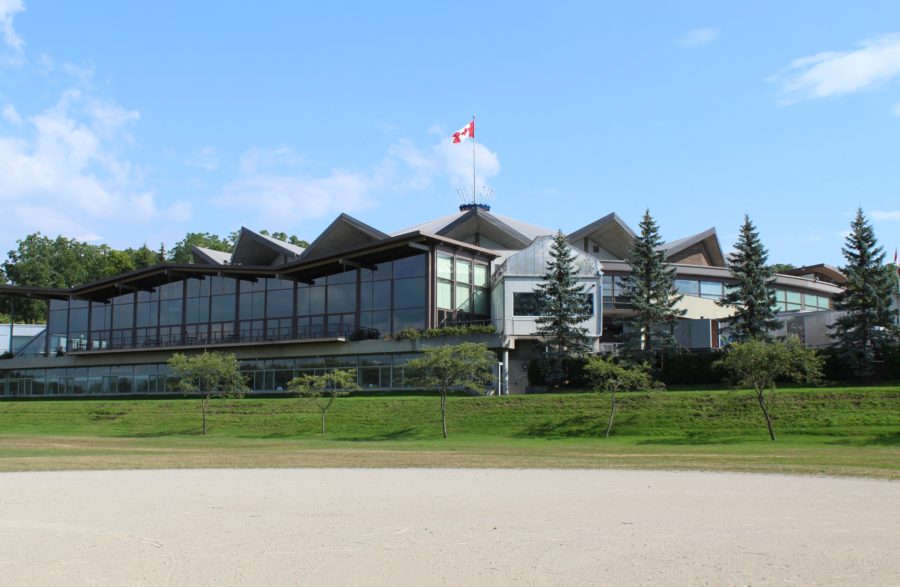 * For the latest plays, check out the Stratford Festival Calendar.

The largest 1800 seat theatre being the Festival theatre, followed by the 1000 seat Avon Theatre Stratford, 487 seat Tom Patterson Theatre, and the newest 260 seat Studio theatre. For a behind the scenes look, take one of the festival tours they offer.

Just like in England, Stratford Ontario also has a beautiful river called Avon running along the banks of the main Festival Theatre. In the spring every year,  24 white swans are released into the river for the season. You can  also see plenty of ducks and geese that like to make the Avon River their summer home. 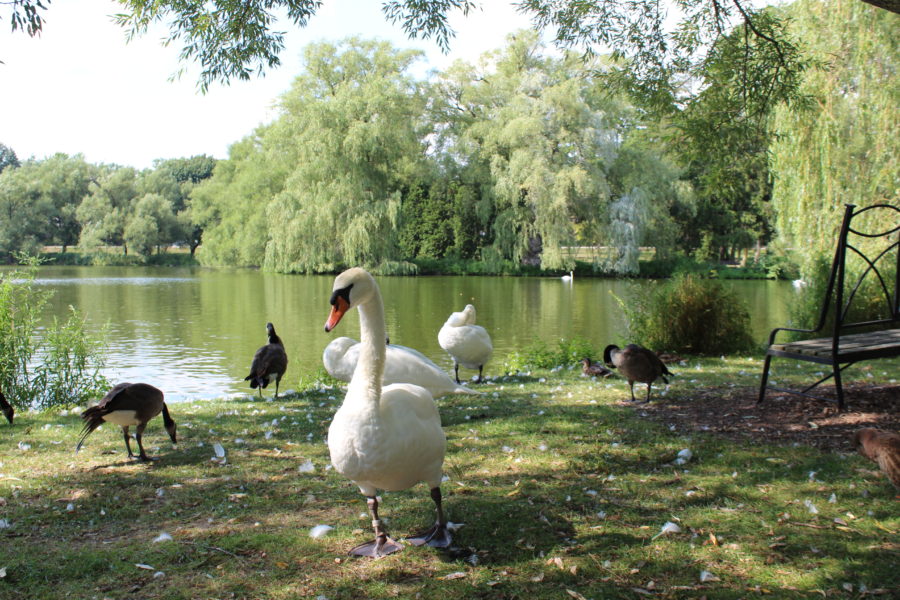 Avon Boat Rentals have canoes, paddle boats and kayaks for rent if you want to get out on the water. Or for $8.50 an adult, take a tour on one of their three relaxing Avon river cruises. They also have bikes to rent by the hour or day. 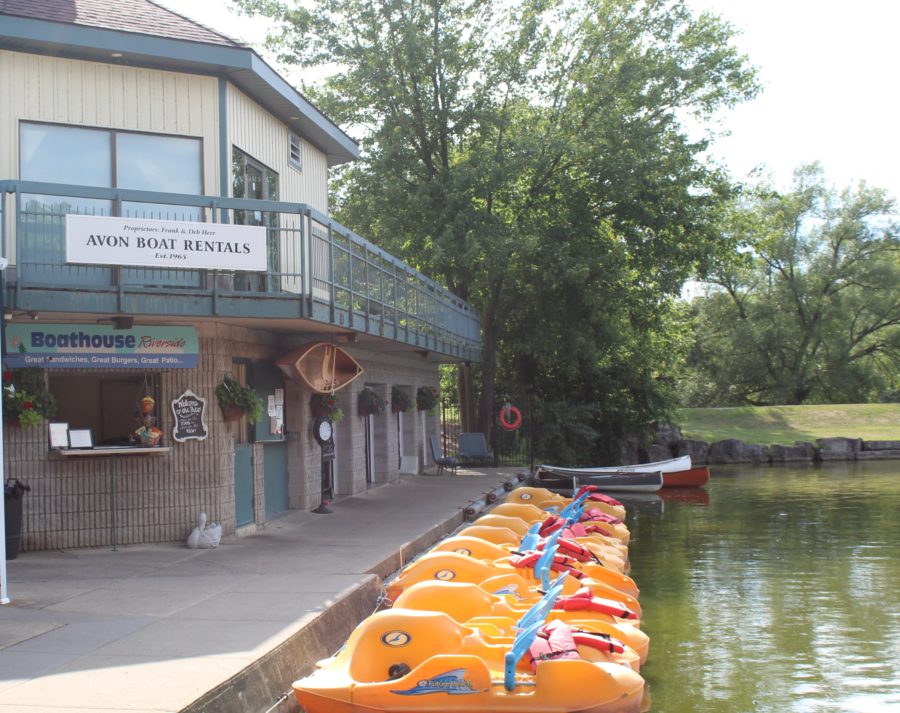 These beautiful gardens are located right down town along the river. They  are home to over 60 species of herbs and plants. A lot of them mentioned  in William Shakespeare plays. Take a relaxing stroll around the gardens and you’ll find some interesting historical pieces. 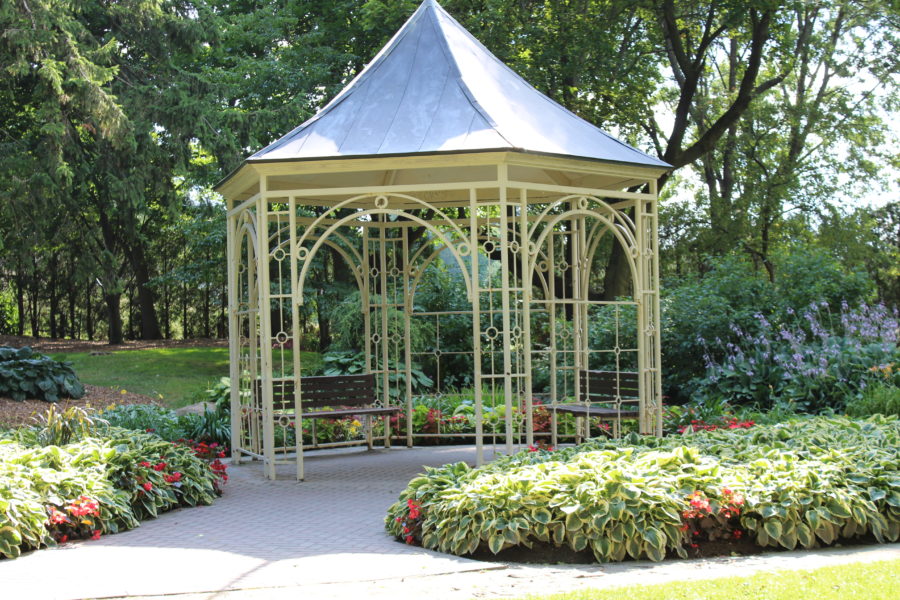 In the summer, it’s not uncommon for a wedding to be taking place under the gazebo. Then you’ll see everyone in the garden clapping for the new couple.

The Stratford Perth Museum is home to plenty of ever changing exhibits and some on going ones. Like the current Justin Bieber Steps To Stardom exhibit. Yes, Stratford was home to one of the most popular pop stars in the world Justin Bieber. This exhibit tells the story of his beginnings singing on the City Hall steps, to becoming one of the biggest international stars. You never know when Justin Bieber might make an appearance himself. It has happened! 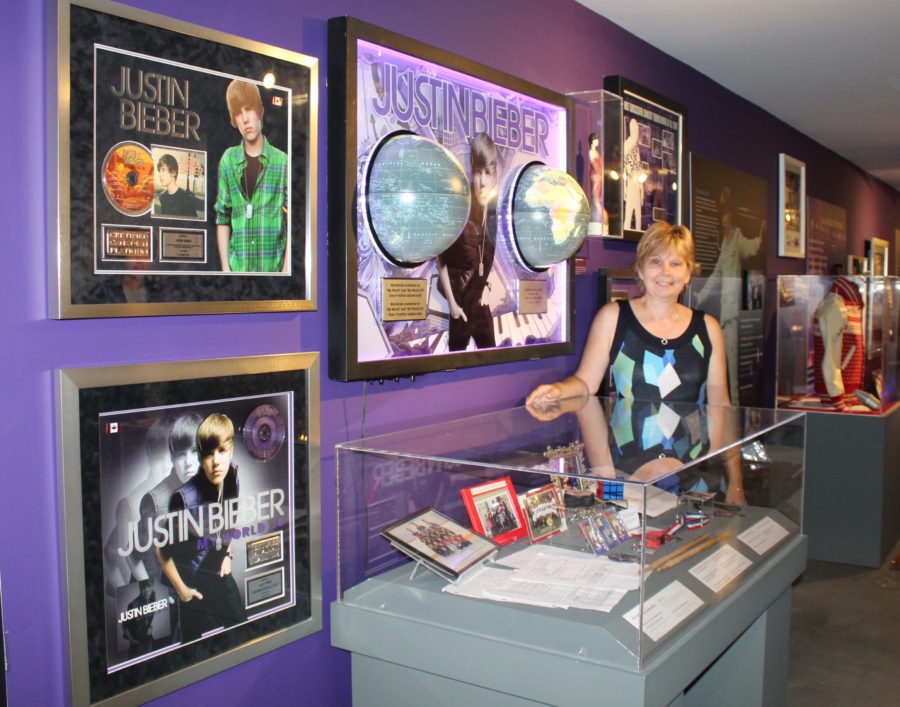 Such Stuff As Dreams Are Made On is one of the on going exhibits. This exhibits tells the story of one man’s dream to bring Shakespearean plays to this city and how he made that happen. 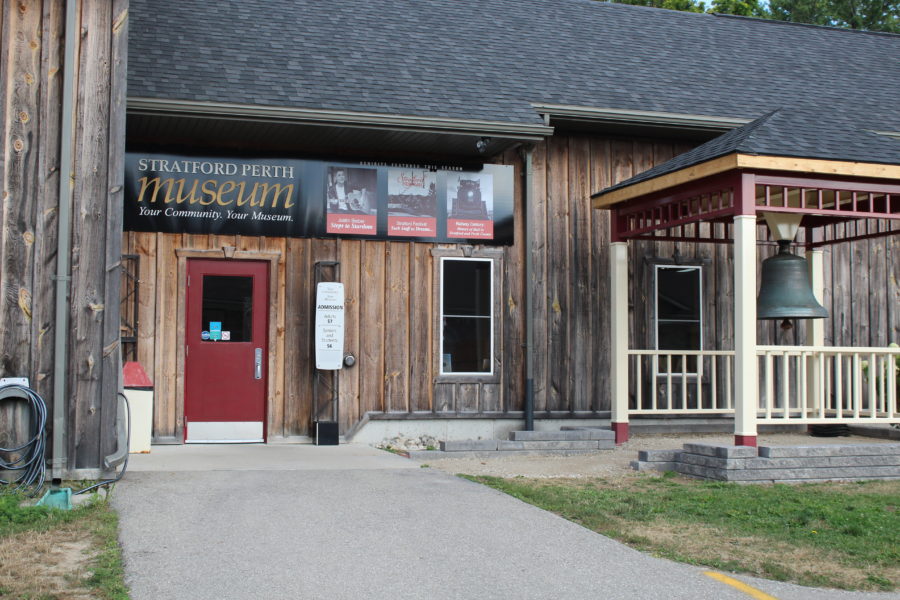 Plus and interesting exhibit on a group of local musicians. The three went on to  make a name for themselves playing with some of the most famous bands in the world. Two of them even played at the 1969 Woodstock Festival.

Who doesn’t love chocolate? One of my favourite things to do in Stratford is the Stratford chocolate trail. This is a self-guided tour you can take for the cost of $30 a person. Just stop into the Stratford Tourism office to pick up your vouchers. 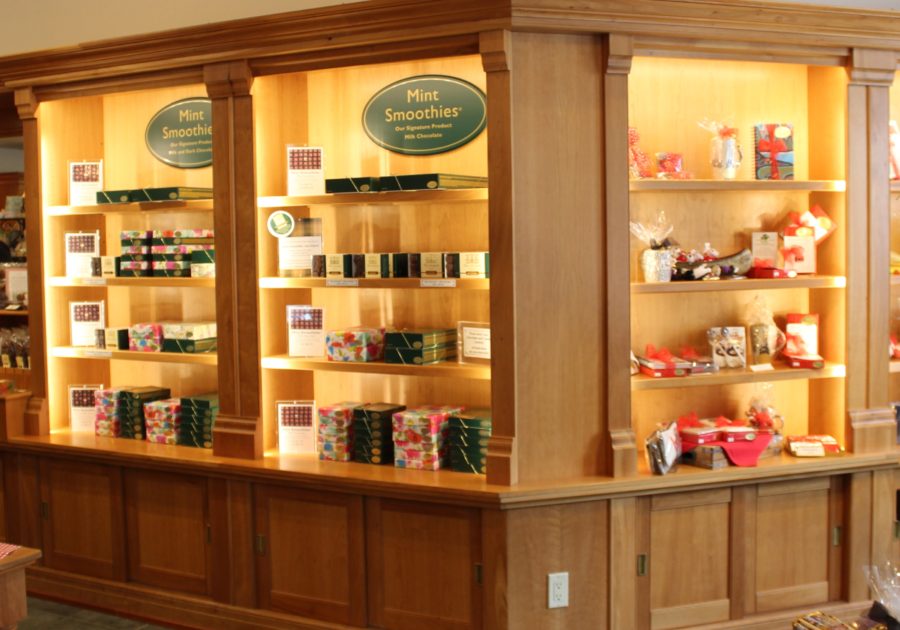 You are given six vouchers to redeem at a choice of 26 shops. The hard part was deciding which 6 shops to stop at for a tasty treat. Don’t miss out on the Rheo Thompson Candies store though. You have to try their signature mint smoothies.

Shopping is one of the best things to do in Stratford. There are tons of unique shops to wander around in. Like MacLeods Scottish Shop, Olive Your Favourites for olive oil, the Milky Whey Fine Cheese Shop and Treasures for Canadian made goods. 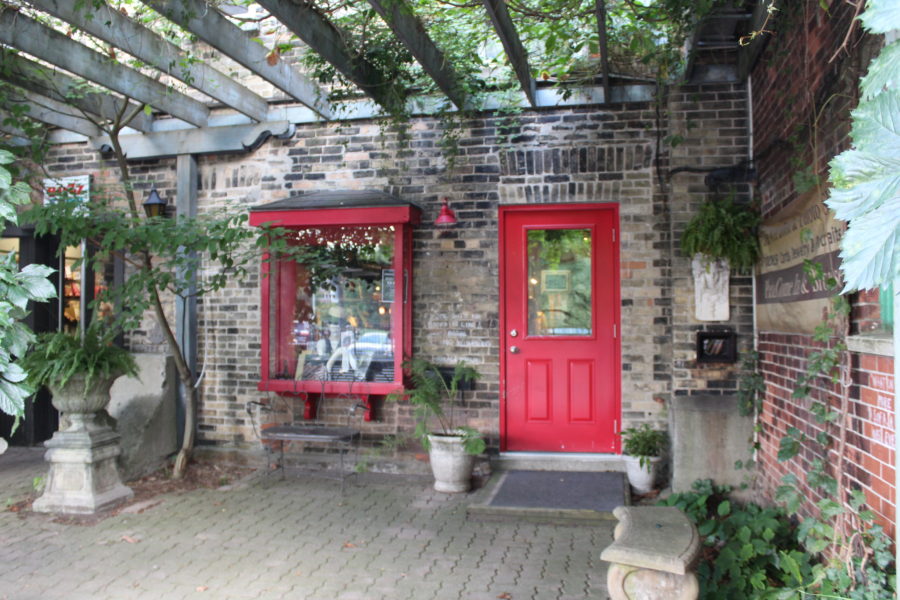 There are some really great restaurants in Stratford. They may not be fancy inside, but the food is delicious. If you love Thai food, you need to check out Mone Thai. Located behind the Stratford City Hall, this unassuming family owned restaurant makes the best Thai dishes. I can’t wait to go back. 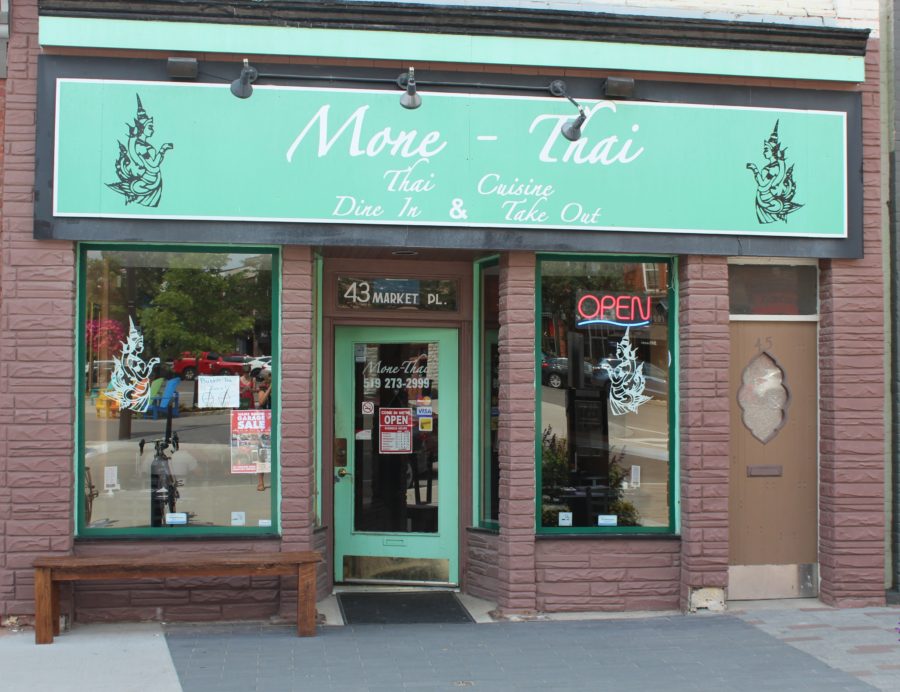 The Boar’s Head Pub is a traditional English style pub where you can get things like burgers, pizza, pot pie, bangers and mash, and plenty of other pub style food. It’s also the best place to stop in for a drink with their wide selection of micro-brewed beers. During the summer, they have live entertainment on Friday nights. And also on Saturday nights in the winter.

Attached to the Boar’s Head Pub is the Queen’s Inn. This 32 room historical Inn features the perfect downtown location with free parking. They have a variety of room options available. Including the beautiful dome suite.

The Old Rectory Bed and Breakfast has 7 rooms to choose from. There’s a beautiful garden and patio to sit at. Or go for a short walk to the shops downtown. The Festival Theatre and Avon River are also close by.

Although not located in the city of Stratford, Castle Kilbride is definitely worth the short drive. Just 25 minutes into the town of Baden, you’ll find this beautiful 1877 victorian castle. This castle was built by the Scottish native James Livingston.

He was affectionately known as “the flax and linseed oil king of Canada”. The cost is $7 admission for adults. First you’ll watch an interesting 15 minute video about the history of the castle. And learn about the three generations who owned it up until 1988 when they auctioned it off, along with all the contents.

After you can wander the grand, three story mansion to view all the period furnishings, and gorgeous Italianate style architecture.

In 1993, the township of Wilmont purchased the castle since it became too much for the family to keep up. After some restoration, they opened the doors to the public and turned it into a museum.

Interestingly enough, they were still able to find about 75% of the original contents to bring back and display in this National Historic Site.

Want to see more of Ontario? Click here to find out the best beaches in Ontario and where to find them.

Best Beaches In Ontario: Where To Find Them

House Sitting Jobs: Everything You Need To Know